by Cole Claybourn
in Features
0 0
0

Tonya Matthews just needed something to keep her mind off of the pain and heartache.

Her sister and two sister-in-laws were pregnant, and on top of that, she was covering three positions at her job for people on maternity leave.

The reality of her own struggles to get pregnant naturally were weighing on her.

“I really needed to escape because there was not a conversation I could have with family, friends, or at work that didn’t involve their lives moving forward when mine wasn’t in that area,” Matthews said. “I literally just sat down in the back room of our house with our computer on a card table and just started writing.”

Out of that season, her first book, Treasure Atop the Mountain, was born.

The book came out in August, but it had been in the works for over 15 years. Because of Matthews’ career, it sat on the backburner somewhat. Matthews worked her way up the ladder for 15 years at the Bowling Green Area Chamber of Commerce, in a season of life where she was a self-described “career woman.”

There was often a high turnover rate at the Chamber, she said, so she found herself doing a number of jobs that eventually led to several promotions. Because of this, she and her husband waited a little longer to try and start a family.

When those efforts weren’t fruitful, the pain of that reality coupled with the stress at work caused her to not function well, she said. She’d come home and drop to the floor and breathe for what felt like the first time that day because she’d been holding so much in.

She had trouble dealing with the truth, she said.

“There are parts about it where I was just so angry,” she said. 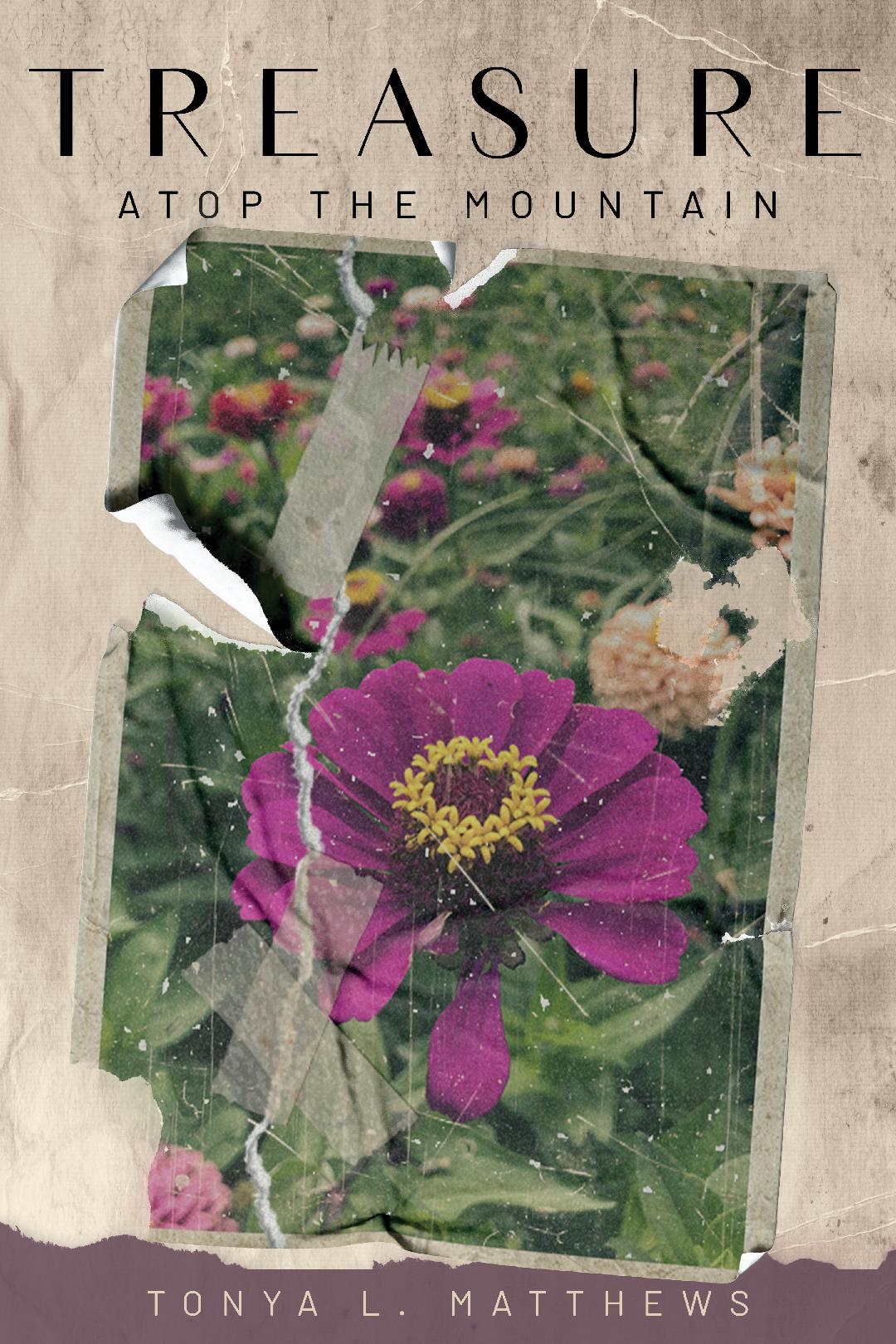 Treasure Atop the Mountain is a Christian fiction story that’s not necessarily based on her own story, but it follows a similar theme. A young girl goes through a tragedy that wrecks her world. As she searches for answers, she ultimately rests in her faith in God through a season of pain.

The book has a happy ending, as does Matthews’ quest to become a parent. She and her husband, Todd, began fostering two girls, Haley and Aleya, when they were young and eventually adopted them. Their daughters are now 17 and 18.

“It was still the plan that He had, which is so much better than your own plan,” Matthews said. “Even though, I still wish that we had been able to have babies and enjoy some of the natural young family things that weren’t there.

“With God being part of it in the end, that’s kind of what the book is about. In the end, and always, God is a part of it.”

Though it is a Christian book, the book has been well-received outside of just faith circles. It’s a girl growing up in a rural area who goes through plenty of trials in her life, which Matthews said people can relate to.

Bowling Green resident Reba Dillard, who got to read the book early, said the main character has a disability, which she resonated with. She said it leaves the reader with a good feeling and even though she’s not much of a reader, this was one she couldn’t put down.

“It basically turns out that you can still have a good life despite the bad things that can happen to you,” Dillard said. “Life can still turn out really good.”

Pam Jones, the owner of Merle Norman, said it’s apparent how much this book means to Matthews.

“When I listen to Tonya talk about the book, it’s obvious she is filled with a passion to encourage others,” she said. “The reviews are amazing.”

The book is for sale locally at Merle Norman, Regina Webb Salon & Spa, and Beet Box, and it’s also available on Amazon. Matthews has done several local book signings and will present the keynote speech at the Medical Center’s Women in Charge luncheon on January 28.

While there might be major nation-wide attention for this first book available down the road, Matthews said she’s not quite ready to entertain that yet. Doing so would turn this into more of a business project and would take the joy out of it, she said.

She left her career at the Chamber so she could take care of her teenage daughters, and that’s what gave her the time to finish the book. So for now, she’s content to just promote it locally and regionally and is enjoying connecting with people in the area about the book.

“I realize I am constricting the book’s opportunity currently, but I have two kids to raise who I quit an incredible job for and who were struggling,” she said. “If I were to create this book thing into something as time consuming as the job — and it wouldn’t pay as much on the front end — then I have yet again worked against our family.”

The book’s sequel, Roxy Applesauce, is nearly ¾ completed and will go into professional editing in early 2020 with an August 2020 target release date, she said.

With this first book, Matthews said she hopes people take away the idea that they’re not alone in the struggles they might be facing.

“We’re not alone in where life takes us,” she said. “Our stories are all different. One person loses a spouse, one person’s mother dies when she’s 13, another person has a personal illness. Nobody gets out of this life without pain.”