Located along the stretch of U.S. 31-W formerly known as the Dixie Highway, Lost River Cave is a tourist attraction unique to Bowling Green and the Commonwealth of Kentucky with the state’s only underground boat tour. 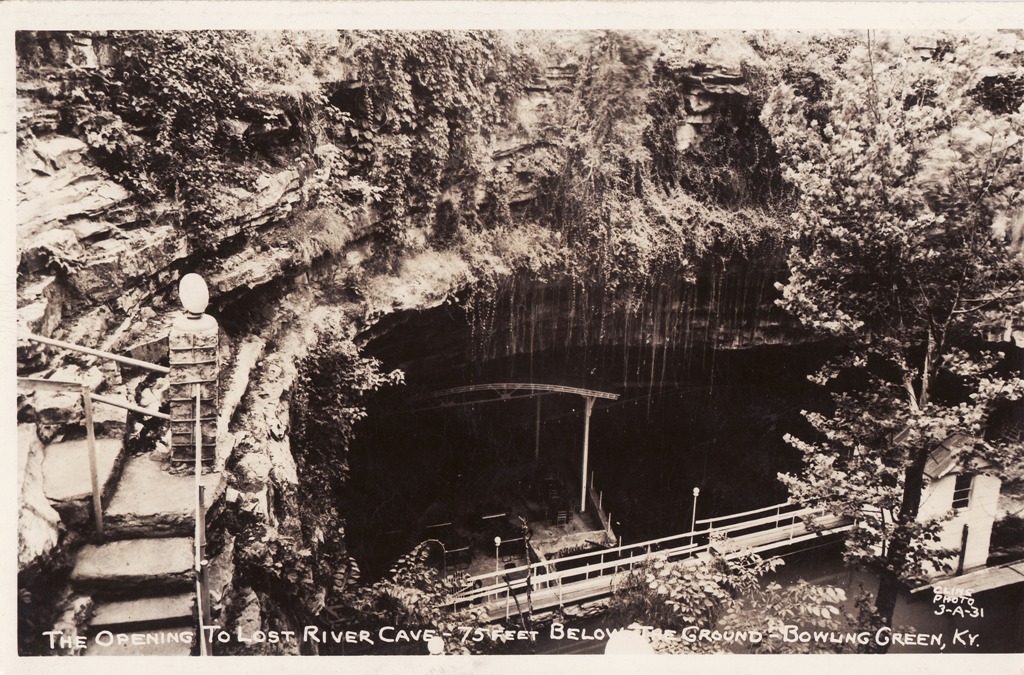 Lansden said the cave and the surrounding valley were used as shelters for Paleo-Indians and other Native American groups. The area was attractive to these groups because it was rich in wildlife due to its aboveground bodies of water.

“I hate to be glib about this, but the valley area was almost the fast-food equivalent to finding food for those groups of people,” she said. “In a karst or cave region like we are in, with very little above-ground water, the cave and valley would attract a lot of wildlife.”

Lansden said Native American groups left traces of their hunting culture behind, which has been documented by archaeological groups from Western Kentucky University and the University of Kentucky over the past 30 years.

“We can tell they were here behind some of our older trees and rock formations,” Lansden said. “You can find caches of arrowheads and spear points that they would be sitting there whittling as they waited for dinner to show up. If a piece of flint that they were working chipped off in a way that wasn’t usable, they would just drop it to the ground and pick up another piece and start working on something else.”

Research proves drier caves provide a better environment for the preservation of fibers, wood, tools and even human bodies. Since Lost River Cave is an active, wet cave, most of the delicate artifacts that were left behind by these peoples have deteriorated. However, Lansden said the cave’s entrance and areas along the valley have yielded cache findings.

Long after the first humans occupied the area, the cave served as the home of one of the very first businesses in Warren County when the cave’s mill began operating as early as 1792, Lansden said. This helped establish Bowling Green as a center for commerce in the region.

“Without the mill, farmers could not have grains turned into useful products like wheat or corn or barley,” Lansden said. “They also used the mill to power things like carding machines for wool and power sawmills. Anytime there was a body of water that had some flow to it, like a river, you could get all the gears and the wheels turning that could provide hydraulic power for these kinds of operations.”

The cave’s resources also proved useful to both Union and Confederate troops in the Civil War. Soldiers would camp in the area because of the fresh aboveground water, Lansden said.

“This was all farm land at the time,” Lansden said. “Inside the cave we have a number of soldiers’ signatures. They would use smoke from their candles to write their names in the ceiling of the cave.”

Lansden said soldiers would use the cave as a place for respite and exploration.

“Many soldiers would leave their name and their troop number inside the cave,” she said. “There was never a battle here. It was mainly a staging area for troops who were moving through the area, so they used it to regroup and reorganize and would move out to another location where they might encounter the other side.”

While today’s tourists will learn about the prehistoric and Civil War history of the cave, they will also take with them the local Jesse James legend, Lansden said.

“Jesse James may have hid out in the cave after robbing the Southern Deposit Bank in Russellville in 1868,” Lansden said. “That’s always been something that people really love to hear about.”

This legend has been told since the 1930s, when guests of the Historic Cavern Nite Club were treated to a guided walking tour in the cave. 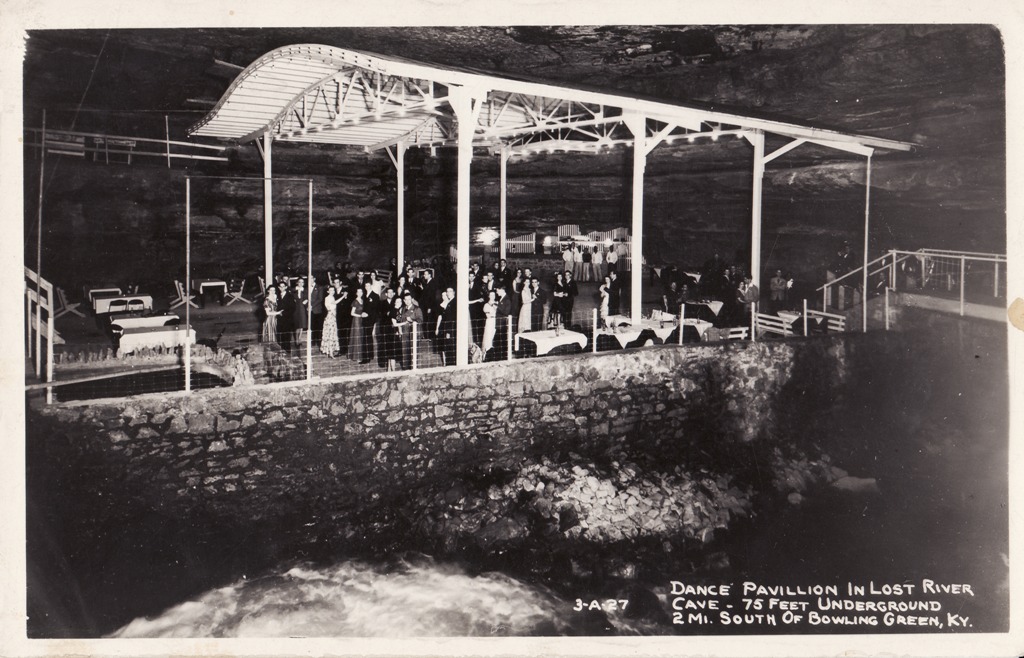 The Historic Cavern Nite Club, beloved from 1933 through the early 1960s, was a popular stop for jazz artists in its day due to its proximity to the Dixie Highway and its natural “air conditioning,” Lansden said.

The Historic Cavern Nite Club eventually closed after the introduction of the interstate system.

“The Dixie Highway was a main thoroughfare, connecting all these little towns but when the interstate system came online in the late 1950s and 1960s, the Dixie Highway was no longer the popular route to take,” Lansden said. “And at the same time, the Holiday Inn took business away from all the little motor courts and motels that had individual cabins. All of that, plus the fact buildings became air conditioned, caused the demise of the Nite Club.”

In its interim years, between the 1960s and 1990, the cave became a dumping ground, Lansden said.

“In karst or cave country, farmers and everyone who didn’t give it a second thought, would throw things into sinkholes and caves,” she said. “And lo and behold they would just disappear over time. So the whole entire valley kind of became a dumping ground for people who were not willing to take their old cars and refrigerators to a proper water disposal area.” 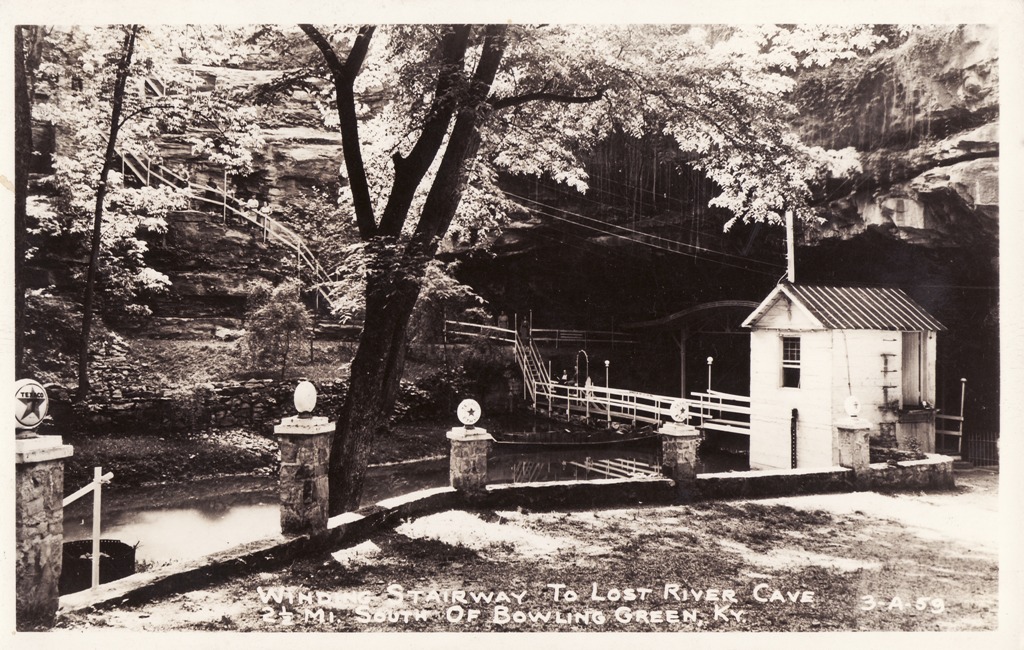 In 1990, the Friends of the Lost River was created. The purpose of their mission was to clean up, restore and preserve the cave, Lansden said.

For the next eight years, the founders of the nonprofit organization worked nights, weekends and even opened their own personal checkbooks to start removing trash and having the place revitalized, Lansden said.

Eventually, in 1999, Lansden was hired as the first paid employee and the Lost River Cave underground boat tour was introduced.

While most parks are owned by government entity, Lansden said Lost River Cave is owned by the Friends of the Lost River.

“As a nonprofit organization, tourism is our main source of funding,” Lansden said.

Preservation of the cave and conversation of the land surrounding the cave provides for the long-term safety of the historic site. Lansden said she and her team have fought off threats of selling the property for a shopping center and other developments.

Additionally, the mission of the Friends of the Lost River has expanded to not only include conservation but also education.

“When I started here, I knew this would be a beautiful place for a nature center one day,” Lansden said. “Our work, particularly in the last two years, has been to expand on the availability of low-cost nature-centered education.”

The cave’s nature education programs have become so popular, they actually have to turn schools away at some points during the year. Lansden said her goal is to have a dedicated nature education center on site very soon.

“We are the only organization within a 26-county area from Louisville over to Land Between the Lakes that provides nature-centered education for those teachers and their students,” Lansden said. “We have about 3,500 to 4,000 children visit every school year.”

Those in the community who become a member of the cave enjoy many benefits, and those funds go directly to keep the costs of the nature programs down, Lansden said.

“Nearly 93 percent of the schools that come here are Title 1 schools or free-lunch schools,” Lansden said. “Those families have very limited means. Most of those children will never have the opportunity to visit even a state park. By having this programming available for Warren County and the other 26 counties that we serve, it really gives children an opportunity to put that screen down and see what is real in the world and connects them.”

“It’s the greatest joy in my life to be able to teach kids that there’s something other than a screen,” Lansden said.

Adventure is a state of mind: Nat’s - Local since FOREVER

Spa-Like Tranquility In Their Own Backyard